Back in the saddle!

Despite a COVID-19 lockdown bringing DataTorquer Victoria Lee's Tour Aotearoa journey to an early halt last March, she and her partner James were determined that their adventure wouldn't end there. The tenacious pair waited until it was safe to travel, re-booked the second leg of their trip for the Christmas break and then headed on their way - around seven months after their first trip ended.

On Christmas Eve, Victoria and James set off on the ferry across the Cook Strait, and their 1500-km adventure began. The South Island leg of the Tour starts in Picton, weaves its way down to Greymouth and along the West Coast all the way to Queenstown, and then continues on to Bluff. Phew! It's around two weeks of long cycles and, Victoria's favourite, the unpredictable NZ weather.

There were, admittedly, some tears along the way - Victoria recalls the Big River Hut, where they had to carry their bikes for kilometers up river, as a particularly tough moment. However, she says the highs of the adventure were more than worth any lows. The West Coast Wilderness Trail was particularly memorable, where the pair found themselves cycling off-road through parts of the country they never expected to see. There were some incredible views, lots of excitement, and a great sense of achievement!

"[The tour] is an amazing way to see the country! It's a nice, slower way of life. You're able to just cruise through New Zealand and take everything in."

Before they set off to do the Tour Aotearoa, James and Victoria hadn't done any 'proper multi-day, crazy cycles', so for them this journey was a bit of a leap of faith. Victoria says that, while she recommends having a couple of multi-day rides under the saddle first, the Tour is open to anyone. James, who works in a bike shop (handy!), has noticed a big uptake in less experienced cyclists doing the Tour one island at a time at a slower pace. They even met a girl on the ride who has only started cycling six months beforehand!

"It may look crazy and unachievable, but if you put your mind to it, you can get through. That, and a lot of pies and cheese & onion toasties.'

Two weeks on a bike hasn't slowed down James and Victoria - the determined duo are already thinking about their next adventure! Next on the cards is their wedding in February and then, when COVID-19 allows, a potential honeymoon cycling 7,700kms across Canada. Watch this space! 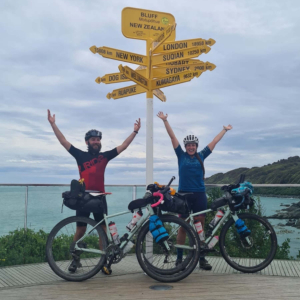 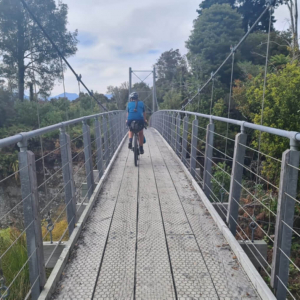 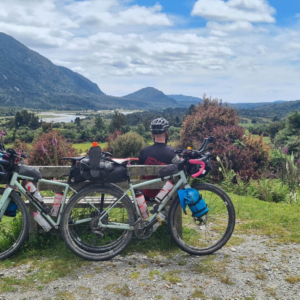 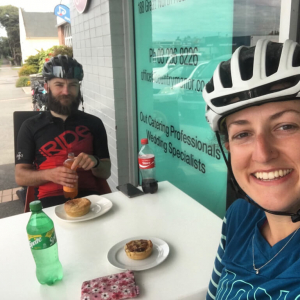 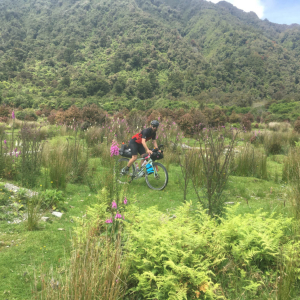 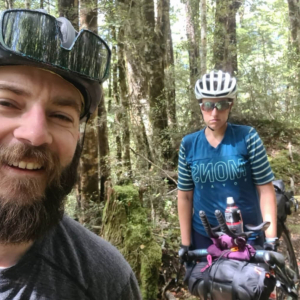