Fighting for a cause - IT Heavy Hitters

In May, software developer Fiona Grant climbed into a boxing ring as a Heavy Hitter. IT Heavy Hitters is an annual corporate charity boxing event raising money for mental health awareness through I Am Hope, an initiative of the Key to Life Charitable Trust.

Boxing may seem a strange choice of sport to support mental health, but it is one of the most self-aware of sports, Fiona explains. Requiring both mental and physical strength, it represents the cause very well.

The Heavy Hitter concept divides 100 people between two gyms. After 14 weeks of coached training, for two hours three to five times per week, participants are paired with a contestant from the other gym. If they complete the training, they are deemed ready to fight. There were 18 fights consisting of three rounds of two minutes each. Held in front of a crowd of 1600 spectators, fight night was a big event.

Fiona got her fight. Pitted against a more experienced opponent, she held her own well. Although she didn’t win, – with the outcome a split decision, she came close. Fiona describes it as a “life-changing six minutes”. “You learn a lot about yourself – that you are a lot stronger than you think – getting up in front of that many people and putting everything on the line.”

Other than a “decent” black eye in training, Fiona emerged from her boxing venture uninjured. She does admit that “being punched sucks, and punching people sucks”. It was worth it though. This year a record $164,062.51 was raised. 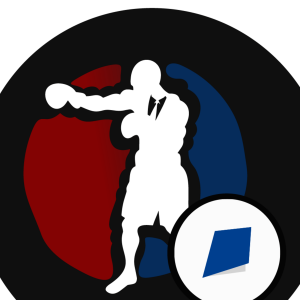